When to Use the Domestic Asset Protection Trust (DAPT)?

The Domestic Asset Protection Trust is one of the most cutting-edge asset protection tools. It protects your assets from you and your businesses. However, every state does not lawfully recognize them. This means one has to be careful when and how to use this specialized trust.

They are commonly known as the DAPT. It acts as a type of trust that can give you significant asset protection in any type of lawsuit. They were created as one of the best ways to protect a personal residence from creditors. Particularly, in a situation where there is a great deal of equity in the home.

The DAPT is a self-settled trust in which an independent trustee controls and/or distributes trust assets to the beneficiaries. This allows the person who created the trust (known as the “settlor” or “trustor”), to reap the dual benefits of:

We’ve all heard the phrase “you can’t have your cake and eat it too.” Right? It means you can’t have it both ways, or have the best of both worlds.

Well, the beauty of the DAPT is that you don’t have to give up the use of the asset or the control to sell and buy a new home. Moreover, you don’t have to file a separate tax return. You get asset protection for your home from a lawsuit…that sounds like having your cake and eating it too!

In the states with DAPT statutes, you can create an irrevocable trust affordably. You can appoint a trustee for a reasonable annual fee. You, the settlor, gets to dictate how the assets of the trust are held, sold, and invested. Yes, there are ‘strings’ and ‘provisions’ that limit the control. Hence providing the arms-length asset protection, but the DAPT is quite flexible.

Which states have the DAPT law?

Traditionally, the states regarded as having the strongest DAPT statutes have been Nevada, South Dakota, Alaska, and Delaware. However, Utah enacted one of the most robust DAPT statutes in the Country. Since then we have been creating DAPT’s under the Utah statute when possible.

When drafted carefully and executed correctly, the Utah DAPT provides some of the following benefits:

What if I don’t live in a DAPT state?

The real question is where the asset is, not where you live. The goal of the DAPT is to protect the “asset” from your liabilities, not to protect you. The most resilient and effective DAPT holding an asset is in a state where both it is lawfully authorized AND the asset resides. For example, a Wyoming cabin in a Wyoming DAPT.

Some professionals argue the DAPT is useless if not authorized and established in the state where the asset is. Lawyers on the other end of the spectrum will use a well-designed DAPT and hold assets in any state and promise they are bulletproof. The truth always lies somewhere in the middle when the standard legal answer is: ‘it depends’.

Thus, most lawyers in the middle will concede that creditors seeking to enforce a judgment against a DAPT-owned asset located in a non-DAPT state will likely have to incur the time, headache, and expense of litigation in order to unwind the DAPT structure and collect such assets. They may eventually be successful in doing so, but that extra time and cost involved can give you a leg up in negotiating a possible settlement.

PRO TIP: The moral of the story is that if the equity is enough, a DAPT can’t hurt and the cost-benefit analysis is worth calculating.

Using a DAPT as an Overall and Well-Designed Plan

I have always argued that there never was or will be a “Silver Bullet” when it comes to asset protection (watch out for the Nevada corporate set-up scam).Good or quality asset protection is the implementation of a comprehensive structural design of multiple strategies depending on how many assets we’re trying to protect.

The goal in asset protection is to minimize the occurrence of a lawsuit and losses when a lawsuit does occur. We call this the “multiple barrier approach.” A DAPT can be a perfect “extra barrier” in this approach, and part of a well-designed overall plan.

In the end, for Americans with equity in their personal home, investments in a brokerage account, cryptocurrency, or even cash sitting in the bank, the DAPT could provide an affordable option to the complexity and cost of an offshore trust or business entity. It is important to know when to use a Domestic Asset Protection Trust.

For an asset protection consultation and building your own Trifecta, please reach out to our law firm at KKOS Lawyers and we can explore your situation in more detail.

* To sign up for Mark’s weekly Free Newsletter and receive his Free E-Book “The Ultimate Tax Strategy Guide – 30 Steps to Saving the Most Money on Your Taxes” visit www.markjkohler.com.

Mark J. Kohler is a CPA, Attorney, co-host of the PodCasts “The Main Street Business Podcast” and “The Directed IRA Podcast”, and the author of “The Business Owner’s Guide to Financial Freedom- What Wall Street Isn’t Telling You” and, “The Tax and Legal Playbook- Game Changing Solutions For Your Small Business Questions”, as well as several other well-known books. He is also the CFO of Directed IRA Trust Company, and a senior partner at the law firm KKOS Lawyers. 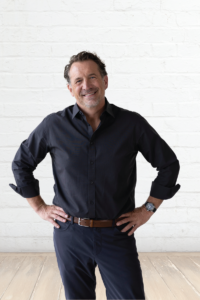 The Best Auto Deduction Strategies for Business Owners in 2023 November 28, 2022
PrevPreviousThe Most Common IRS Penalties and How to Avoid Them
Next1099 Rules for Business Owners in 2023Next
On Key

There are several HOT deductions that many taxpayers don’t consider and just ‘leave money on the table’. Here are 6 under utilized write-offs that in my opinion should be a healthy line item on any legitimate small business tax return:

The Best Auto Deduction Strategies for Business Owners in 2023

The Auto Deduction is the best it’s been in over 30 years, with business owners being about to write-off a vehicle faster and with even bigger deductions!

Businesses will now file Form 1099-NEC for each person in the course of the payor’s business to whom they paid at least $600 during the year. This payment would have been for services performed by a person or company who IS NOT the payor’s employee.

GET MY FREE E-BOOK, THE ULTIMATE TAX STRATEGY GUIDE!
When you Subscribe to my Newsletter!